One year after the first COVID-19 wave that paralyzed Europe, scientists are grappling with contact tracing systems while institutions are trying out different prevention measures to curb further COVID-19 outbreaks. While significant scientific discoveries have been achieved in the labs, the study of the virus’ dynamics across the populations is still facing major challenges.

A team of epidemiologists from the Institute of Tropical Medicine in Antwerp, led by Brecht Ingelbeen, analyzed the effects of physical distancing measures, and school reopenings on the number of contacts reported by each COVID-19 confirmed case and on associated age-specific transmission patterns in the Brussels region. The senior author of the study, Esther van Kleef  presented the study’s results during the March 2021 MOOD Science Webinar.

Having worked for the national public health institutes of the United Kingdom and the Netherlands in the past, and holding a PhD in infectious disease epidemiology from the London School of Hygiene & Tropical Medicine, Esther is now focusing on identifying data science related solutions to Disease X threat integration in existing epidemic intelligence procedures. She has supported analyses on ECDC mortality data related to different countries’ COVID-19 measures in the context of MOOD’s focus on early detection, preparedness, and monitoring of infectious diseases.

“In this particular analysis, the idea was to see if by describing trends over time, can we evaluate the effects of these measures?” said Esther introducing the methodology.  The researchers looked at the number of cases reported by age groups provided by the Belgian Institute for Health Sciensano, along with operational data obtained from the regional contact tracing systems.

“It’s a phone based system,” Esther said,  explaining that the Belgian contact tracing system would trigger calls to “high-risk contacts” for testing (that is, anyone who reported physical or non-physical contact with an infected person for more than 15 minutes, two days before or seven days after symptom onset of the infected person).

“Every case has a ticket with a phone number […], and then someone in the call centres of eacht region of Belgium is calling these cases, asking a standardized list of questions,” including a listing of their high-risk contacts, she said.

The team of researchers was contacted by the Brussel region to conduct the study, as explained by Esther during the Expert Interview. Although a cleaned dataset of reported cases by age is publicly available on Sciensano’ s website on an aggregated level, i.e. province level, Esther recalled that access to and processing of operational data from the phone-based contact tracing system came with some challenges: “When we started working with Brussel [region], we soon found that the whole data is set up for operations.” said Esther. “It’s not really user-friendly from a data science point of view.“

The authors worked with pseudonomyzed data. Cases and their contacts were listed in separate datasets, which required linkage following rigorous cleaning, further challenged by regular changes in data as consequence of operational changes or changes in test- and tracing capacity available.

The results of the study

School closure has been a much debated contact restriction measure across Europe. The team investigated to what extent the physical distancing measures and school opening after the summer period, reduced mobility across ten different age groups, including teenage students (10 -19 years). In addition, the researchers investigated the role of teenage students in COVID-19 transmissions by comparing trends in reported cases across the different ages classes, as well as transmission events between these age groups before and after school reopening (see bubble graph above.)

“We hypothesized that, if school opening following the summer period, and the related cases occurring within this age group had an effect on SARS-CoV-2 transmission dynamics,” said Esther “We would expect a significant change in trend [ i.e. increase in reported COVID-19 cases] in this specific group , which would then be followed by observed increases in the other age group.“

The epidemiologists found out that the observed surge of SARS-CoV-2 cases following schools’ reopening was the consequence of a general increase in mobility across all ages. Teenagers did not appear to be the primary source of population infections after schools were open again: the results showed that about 9% of the infections were transmitted by teenagers to older age classes during the school reopening period. Rather, it was more frequent that other age classes infected 10-19 year-old people .

Esther highlighted that the latter observations should be consider with care as differences in symptom-onset between age groups may have affected the identification and related testing of cases in the different age groups.

More importantly, the authors found that limiting the number of close contacts per person and closure of bars and restaurants resulted in a rapid decrease in reported contacts of infected cases across all age groups.

The research thus concluded that the physical distancing measures imposed turned out be effective ways to control SARA-CoV-2 transmission, even when primary and secondary schools were open.

The study revealed that operational data often represents a serious challenge for scientific research, due to access and interoperability challenges.

She suggested that future studies should aim at broadening the scope of analysis along the transmission chain by improving the quality of contact tracing data:  “Having an idea of what is the minimum set of characteristics that we need for contact tracing that can help improve public health insights in real time, to quickly grasp where infections are primarily occurring and through which individuals.” . Hence, standardizing and opening the access to operational data, and linking them to mobility and social mixing information will play a crucial role in broadening our understanding of COVID-19 transmission chains.

Esther was recently selected among other scientists to join the Technical Advisory Group (TAG) created by the World Health Organization and the United Nations Department of Economic and Social Affairs.

The objective of the TAG is to obtain more accurate data on COVID-19 mortality cases, to help review WHO’s current methods, to come up with more reliable analytical methods, and to standardize the existing methods for surveillance data.

The information in this article is based on Esther van Kleef’s presentation as part of the MOOD project’s monthly Science Webinar series and on the ensuing interview with Valentina Delconte. 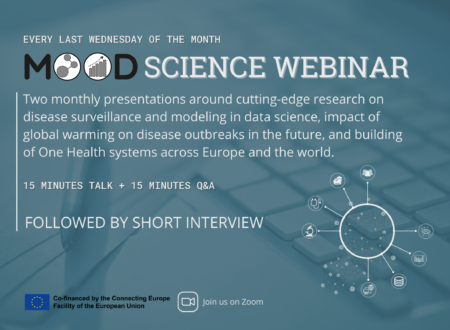 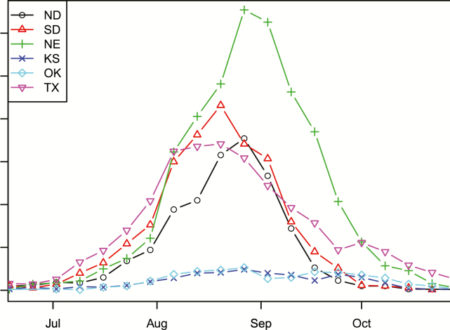 The impact of biotic and abiotic factors on… 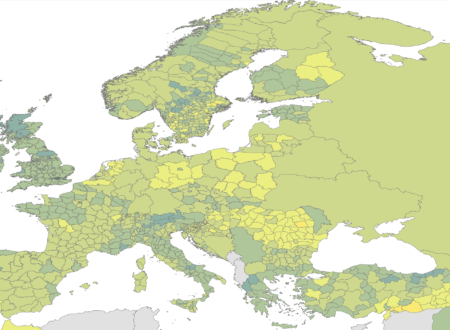 Maps of Human Mobility Change During the COVID-19…

Maps of Human Mobility Change During the COVID-19 Outbreak 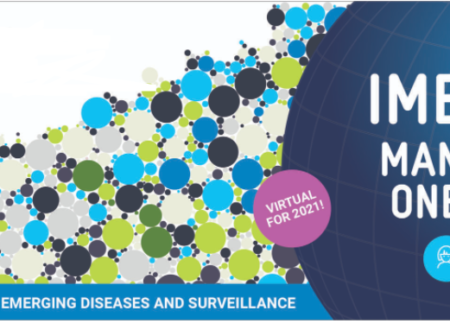 MOOD goes to the eighth International Meeting on Emerging Diseases and Surveillance, IMED 2021 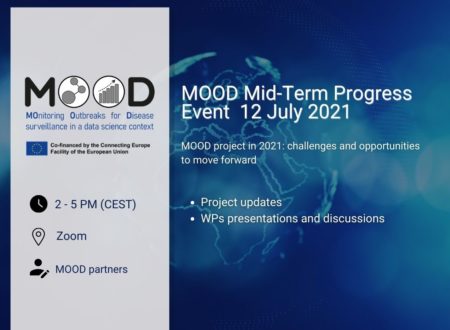